New Book by Michael D. Butler of Beyond Publishing Takes a Look at Love in the Modern Era on Valentines Day 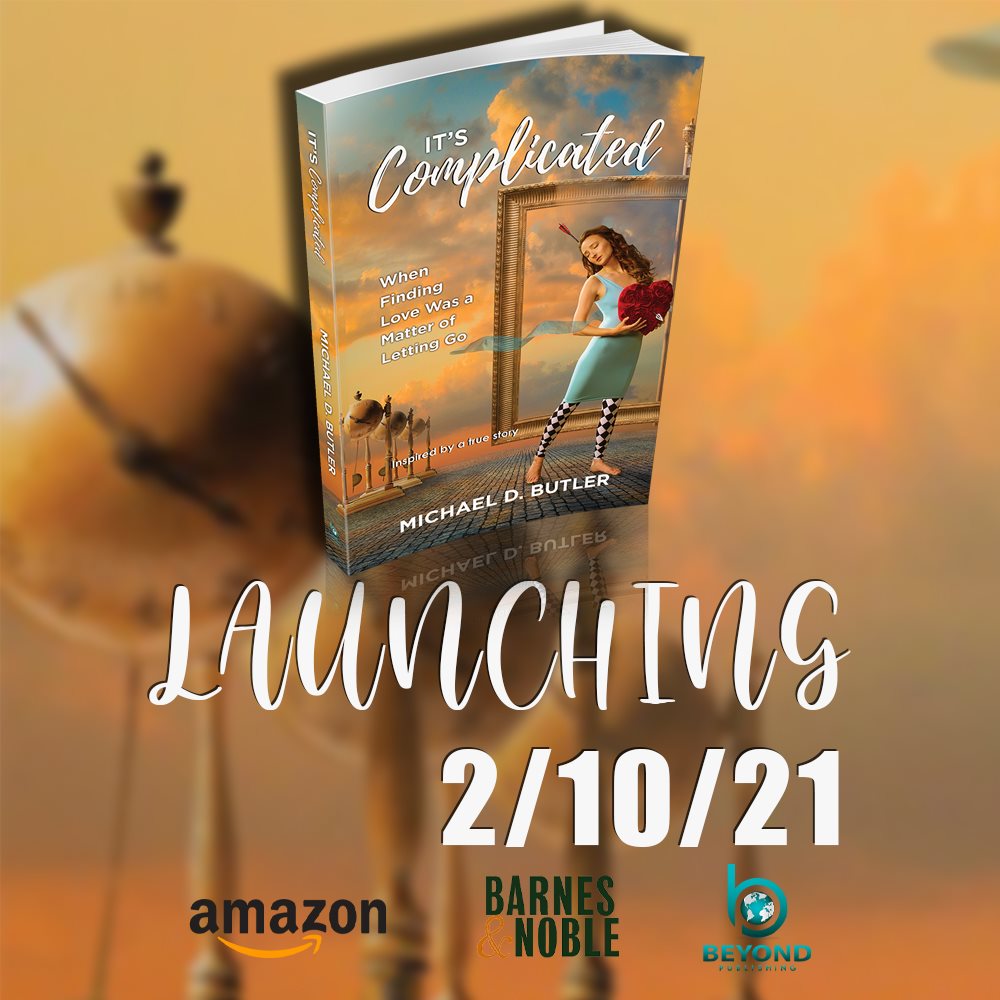 In his new book, ‘It’s Complicated: a Whimsical Look at Love in the Modern Era’, author Michael D. Butler tells the story of an environmental lawyer who is thrown into the world of online dating after her divorce.

In the modern era, online dating has become the norm.  A study by Stanford reported that 39 percent of couples meet their partner online, compared to 22 percent in 2009.  For anyone who goes through a divorce or is widowed, this new world of dating can be quite the shock.  Dating online is a whole new frontier for people who are accustomed to traditional dating.

In his new book, It’s Complicated: a Whimsical Look at Love in the Modern Era, author Michael D. Butler takes a fictional look at modern love and online dating through the story of Lindsey, an environmental lawyer who finds herself single again after ending a long marriage.  Lindsey is shocked by the approaches of many of her potential online suitors, many of whom take a much more “direct” approach to dating.

Lindsey finally meets Gary, a handsome widower who loves jazz, music, and archery.  Lindsey’s relationship with Gary moves quickly, but her life gets complicated, and she becomes unsure of whether she’s even in a position to be in a relationship.

It’s Complicated not only gives readers a glimpse of what modern dating is like, but also chronicles how messy modern life can be.  For anyone who has found themselves plunged into the world of online dating, or anyone who just enjoys reading a good story, It’s Complicated is a must-read.

Michael D. Butler runs a global hybrid publishing company, Beyond Publishing from Dallas, Texas with authors in over 20 countries. Butler and his clients have been guests on Fox News, CNN, Dr. Phil, TMZ,  Rolling Stone, and Entrepreneur Magazine.  He is the best-selling author of author of:  Single Dad’s Survival Guide, Best-Seller Status, The Speaker’s Edge, and It’s Complicated: a Whimsical Look at Love in the Modern Era.  His podcast, The Publisher Podcast, is heard globally and features guests from Hollywood and the literary industry. Butler also founded 1040Imapct.org that rescues kids in human trafficking and educates them with skills for life.